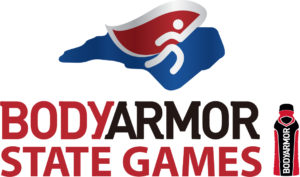 About BODYARMOR Sports Drink
BODYARMOR is a premium, sports drink that provides superior hydration. It is packed with electrolytes, coconut water and vitamins and is low in sodium and high in potassium. Created in 2011 by Mike Repole, BODYARMOR Sports Drink contains natural flavors and sweeteners and no colors from artificial sources. In 2017, BODYARMOR launched BODYARMOR LYTE, which has all the same nutrients as BODYARMOR Sports Drink but is naturally sweetened and has only 20 calories per serving; and BODYARMOR SportWater, a premium sport water designed by athletes, for athletes with a performance pH 9+ and electrolytes for sport. In August 2018, The Coca-Cola Company purchased a minority stake in BODYARMOR, making them the second largest shareholder behind Repole.

About Coca-Cola Consolidated, Inc
Coca-Cola Consolidated is the largest Coca-Cola bottler in the United States. Our Purpose is to honor God in all we do, serve others, pursue excellence and grow profitably. For over 119 years, we have been deeply committed to the consumers, customers and communities we serve and passionate about the broad portfolio of beverages and services we offer. We make, sell and distribute beverages of The Coca-Cola Company and other partner companies in more than 300 brands and flavors across 14 states and the District of Columbia to over 66 million consumers.